ISIS, the clash of and within civilization?

The Islamic State of Iraq and Syria (Isis), has risen dramatically throughout the last decade and has gained a greater importance in the international relations’ scene. It is now the richest terrorist group in the world and even Al Qaeda finds its methods too violent. Moreover, as Huntington argued, the new actors in international conflicts are no longer nation-states but civilization. He defines this concept as the “highest cultural grouping of people (…) defined both by common objective elements (language, history, religion, customs, institutions) and by the subjective self-identification of people”. Isis is an illustration of this new conception of the international scene. However, before relating Isis to Huntington’s idea I will firstly try to identify the ideological and religious bases of this movement. That will help us to relate Isis to its civilization in order to understand how it influences its behavior on the international relations.

Islamic civilization is principally divided into two different religious groups: Sunnis and Shiites. In order to understand the roots of this difference it is necessary to go back to Prophet Muhammad’s death in 632. Indeed, a controversy between the religious took place about who had to succeed to him. A majority of people favored Abu Bakr whereas a minority was in favor of Ali. Ali’s followers became known as Shiites. Abu Bakr was chosen as the Caliph. However, after a few years he was assassinated. Twenty years later Ali was chosen as the 4th Caliph and the previous followers of Abu Bakr rebelled against him and were defined as Sunnis. This division in Islamic religion centuries ago is still relevant today and can help to link the rise of Isis with the American intervention in Iraq in 2003.

At the time of US intervention, Shiites mainly composed Iraqi population. However, the Sunnis ruled the country under Saddam’s government, who was himself a Sunni. Moreover, Saddam spread the idea that “Sunnis were the real majority in Iraq, and thus they felt entitled to larger shares of political power than might perhaps be warranted by their size”. However, after American intervention and the implementation of a democracy in Iraq, the Shiites took the power. As a result, there is a conflict between the two groups regarding the legitimacy of the government. The feeling of under representation by the Sunnis gives to Isis “an audience for its radical Sunnite message”. In this perspective we can identify the rise of the Islamic State as a “blowback” for the United States. Indeed, without their intervention the Sunnis would not have a reason to rebel against Iraqi government and Isis would have more difficulties to recruit throughout Sunnite population.

However, the religion is not the main reason of Isis action. Indeed, even if it is a common belief that terrorists are acting because of religious reasons, their main source of motivation is always to reach a certain political goal. In the Islamic State case, the idea of a Caliphate is the main source of political action and the goal of this terrorist entity.

The Caliphate is the concept of an Islamic religious state that would be composed by every Muslim on earth. The head of the state, the Caliph, would be the leader of both the state and the religion. After Muhammad’s death and until the 13th century, three different caliphates took place. They were strong military empires and were real Islamic states. The last caliphate ended because of its fracture in different places and also the expansion of Islam beyond his boundaries. As a result, there was not anymore one caliphate that regrouped every Muslim of the world.

Isis ideology of implementing an Islamic state finds its roots in the caliphate. Indeed, their violence against people that are not from the same civilization or even the same religious group within Islam can be understood by their objective to re-implement an Islamic state composed by all the Sunnis on earth. Their goal is the creation of an Islamic Sunnite state and the repression of the other religions in order to extend their domination and territories.

In order to understand Isis it is important to situate it within Islamic civilization and its division. Indeed, what defines this terrorist group is their sharing of religion, history or culture and also how they identify themselves to the group and its project of an Islamic State.

In the international system, according to Samuel Huntington, the conflicts will no longer happen between different states but between different civilizations. It would occur because of the basic differences between the civilizations that cannot be compromised nor changed. Indeed, a political ideology or institutions can be changed whereas a civilization and a religion cannot. The Islamic State illustrates this concept by defining itself by its religious belief and cultural values. They also make war to everyone that is not in accordance with their cultural characteristics. Isis illustrates in this new era that clashes occur between entities from different civilizations and that nation-states are not the only actors anymore. However, it also challenges Huntington’s definition of civilization. Indeed, although Isis is challenging non-Islamic civilization, and principally the Western one, it also fights entities within the Islamic civilization. The differences between Sunnis and Shiites are, indeed, in the heart of the conflict and the terrorists invade Islamic places that are not Sunnis. Consequently, Isis illustrates the clash between civilizations, but the definition of civilization by Huntington could be discussed. Indeed, he should reduced the scope of civilization definition by separating uncompromised groups, like for Islam between Sunnis and Shiites, in order to be more accurate with the present conflicting events.

The American war in Iraq illustrates this clash of civilization and will help us to understand Isis impact on American international relations conception. The United States developed the idea of democratization in order to provide peace around the world. In their ideologies, the democracies don’t fight each other. However, the Islamic State is a product of the democratization of Iraq. How is that possible? Actually, although it is true that older democracies are less likely to go on war, young democracies are more aggressive. Indeed, the weak government that results from democratization makes other interests more likely to gain power and influence because of the small authority the government exercised. In this view it can be argued that the West, and principally the United States, is partly responsible for the situation in Iraq that led to Isis rise. Indeed, because of the recent democratization, the Iraqi Shiite government was weak and not able to coerce the rise and violent actions by the Sunnite Islamic State. As a result this example illustrates the clash between Western civilization and Islamic one. Institutions and conceptions of society cannot be imported from a civilization to another one and might pave the way to violence and conflicts. As a consequence, the democratization policy is a failure because of this misunderstanding of today’s new entities.

Isis illustrates and justifies Huntington’s argument of the era of clash between civilizations. The 2003 American war gave us an example of this new system. However, it would be more accurate and relevant to reduce the scope of Huntington’s civilization definition to more little entities that does not have any religious, historical or custom divergences.

To conclude, we saw what are both the ideological and religious elements that could define Isis civilization. It helped us to understand how this influences the group’s position within the international system and also developed Huntington’s definition of civilization.

As a conclusion, I want to discuss the definition of terrorism and its application to Isis action. On one hand a terrorist action is “the use of violence by an organization other than a national government”. However, as some argued, Isis has all the structure and trappings of a nation state except the international recognition and the group even defines itself as a state. On the other hand some argue that terrorism can also be “a tactic that states use” in some occasion. As a consequence, should we still consider Isis as a terrorism group? Or should we redefine the concept of terrorism in international relations?

Fisher, Max, “9 questions about the ISIS Caliphate you were too embarrassed to ask”, Vox, 7th August 2014

Parry, Tom, “Who are ISIS? Everything you need to know about the Islamist militant group”, The Mirror, 18th June 2014 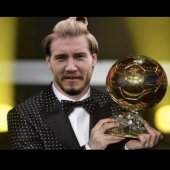