What’s next: A European Trump?

I can not help but wonder how those lyrics of the national anthem of the United States will sound next January when Donal Trump will give his oath as the new President of one of the most powerful countries in the world.

Today’s result and the choice Americans have just made somehow does not rime well with those words. And to try and laugh a little, if this is at all possible, this is the image that the world is seeing now:

The result of this election is about something which goes much deeper, which we all have to face, whether we like it or not. This is a war: much more subtle than any military conflict. Therefore, it is so important to fight it. This is the war of nationalism and hatred against universal values and tolerance. It is the war of ignorance and incompetence against intelligence and skill. Most importantly, this is a war of social classes and the huge division existing between them. The vote electng Trump for President is the vote of the poor, forgotten middle class of Americans – living in rural areas and attached to the « real », « American » values. Interestingly, this tendency goes way beyond the Atlantic.
This campaign was undoubtedly the ugliest one in years in American politics. But this is not just about Trump or his campaign marked by numerous sexist, racist and nationalist comments against women and racial minorities.

We should not forget that the vote for Trump today is the same vote of Europeans – in France, in United Kingdom or in Switzerland.

What makes today’s result scary and tremendously sad is that Donald Trump is only the confirmation of a global trend: Theresa May in UK, Benjamin Netanyahu in Israel, Viktor Orban in Hungary, Marine le Pen in France. The list is long.

Tonight, on national television, all expressed their support for Donald Trump. Marine Le Pen said  that the election announces the beginning of a new world in which a small elite will no longer decide on behalf of the majority. And this is only the beginning. The nationalist, far-right and populist discourse against immigration, minorities and free circulation of people will get stronger and stronger in Europe.

Not more than three months ago, the far right candidate Norbert Hofer almost won the presidency in Austria. His discourse had pretty much the same features as the one of Donald Trump: anti-immigration, concern over national identity and borders.

A poll of 600 people published by the Österreich tabloid showed the average support for Hofer at 53 percent, one point higher than a poll in late July, versus 47 percent for former Greens head Alexander Van der Bellen.

Another poll, of 778 people with a margin of error of 3.6 percent, published by newspaper Kurier, found 38 percent thought Hofer would win while 34 percent expected Van der Bellen to.

In polls for parliamentary elections set for 2018, the FPO regularly attracts more than 33 percent, ahead of both ruling centrist parties.

Marine Le Pen scored second during the last legislative elections in France. In Poland, after the recent elections public service media can no longer criticize openly the State or the government and more recently, an anti-abortion law had been adopted. In Hungary, Viktor Orban is building a wall to stop refugees fleeing desperately the Syrian war and the consenquences of conflicts in Afghanistan and Iraq. Over the summer 2016, in the climax of the migration wave, there was a video picturing a Hungarian journalist, a woman,  kicking and hitting a refugee trying to pass.

So Europe, dear Europe, the one for which millions of people have fought and died, wake up! Don’t wait for an European Trump to be elected. Check your history books, refresh your memory. Go again through those terrifiying images in black and white showing the darkest moments of your history, so they will not repeat again.

In March 1933, a certain Adolf Hitler with a loud voice sweared to return the glory of its nation and the supremacy of the white race. We all know what followed.

So Europe, please, wake up! Stand up, fight, resist! You owe it to the next generations, you owe it also to all those men who beleived in you and knew how important your values are. You must act now or it will be too late and personally, I don’t want to wake up one morning and see another Trump being elected. 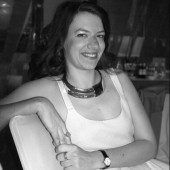