The urge to decriminalize blasphemy in Europe

According to Pew Research Center, 47% of the countries and territories in the world have laws and policies that penalize blasphemy, apostasy or defamation. It is still the case in Europe. Indeed, in Ireland, criticizing a religion is liable to a maximum fine of 25,000 euros. Until 2010, this offense applied only to the Catholic religion but it has been expanded to all religions “in the name of equality.” In Italy, a “blasphemy offense” is punishable by a fine between 51 and 309 euros. Nevertheless, Iceland has taken the opposite path by decriminalizing the blasphemy. This initiative came from the Pirate Party which entered the Althingi in April 2013. The impulse to stop these anti-blasphemy rules emerged in the wake of the attack aiming Charlie Hebdo, in January 2015. The proposal gathered a broad consensus within the political and religious representatives. Norway also voted to abolish this offense in May.

The conceptions are different on the continent. Indeed, some see laws against blasphemy as protectors of a healthy liberty of speech while others perceive it as a violation of human rights. In order to know where to stand, the Parliamentary Assembly of the Council of Europe has considered in a recommendation from 2007 that « in view of the greater diversity of religious beliefs in Europe and the democratic principle of the separation of state and religion, blasphemy laws should be reviewed by member states and parliaments » and that « blasphemy, as an insult to a religion, should not be deemed a criminal offence ». As to the European Union, the European Parliament clearly pointed out in a document regarding the legal framework on this matter, “the risk that the implementation of blasphemy/religious insult rules would severely impact on freedom of expression and freedom of religion, conscience and thought”. On 2014, the institution even urged on Pakistan to review its blasphemy laws, saying they were used to target Christians and other minorities.

Along with, there is even an association named International Coalition Against Blasphemy Laws which aim is to pressure for the existing blasphemy laws in Europe and other western states to be repealed. It also defends and promotes the international human rights consensus against “blasphemy” laws and tries to build a strong international network around the issue.

We must anyhow consider and study the other conception, regarding the role of limits aiming not to offense. It is an opinion that is not devoid of foundations. But in our time, I do not think it is the right path to apply and feel closer to Charb conception. One of his famous quote is valid to all kind of identities: “it is refusing out of fear or paternalism of treating Muslims as citizens before treating them as believers that made Islam a taboo”. The fundamental principle of freedom of expression that is proper to each citizen include the right to criticize religions but also deride them. Moreover, it is necessary to notice as well that blasphemy is subjective so unsuited to the assessment of the judicial systems.

Only should be prohibited, as in most countries, attacks against individuals or groups of people, when they are of defamatory, racist, anti-semitic, xenophobic, or discriminatory. My vision surely looks very French. Still, I would say it is European. Then, it is important to ask ourselves why some European countries still establish laws bringing us back to an era of intolerance and disrespect of the citizenship of others. Freedom of speech is part of our society (or societies, depending on your conception) and are even a representation of it (or them). It is not acceptable to have in some laws, a fight against the Enlightenments that founded our way of thinking. The numerous crisis we are experiencing will not be resolved by the repression of our values but by their expression. On these banal but necessary words, do not hesitate to express your honorable thoughts without restraint!

DIRECTORATE GENERAL FOR INTERNAL POLICIES OF THE UNION POLICY – DEPARTMENT C: CITIZENS’ RIGHTS AND CONSTITUTIONAL AFFAIRS, The European legal framework on hate speech, blasphemy and its interaction with freedom of expression, European Parliament, 2015

European Commission for democracy through law, Report on the relationship between freedom of expression and freedom of religion: the issue of regulation and prosecution of blasphemy, religious insult and incitement to religious hatred, Council of Europe, 2008 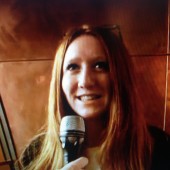 TTIP: “For the Europeans, it’s a course between more integration and irrelevancy in the 21st century”